Also posted on SogetiLabs date: March 19, 2015: http://labs.sogeti.com/measuring-performance-in-scrum-teams-is-an-act-of-sabotage/
Revitalized on December 28th, 2015 because it was the 3rd most viewed post of the year. 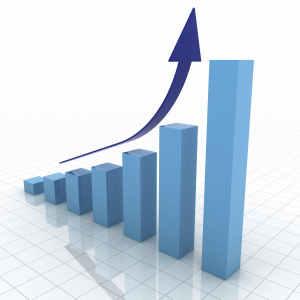 Lately, I’ve been asked a lot of questions by managers and teams alike about the organizational need to measure performance of Scrum teams. Of course, most people refer to the Development team within the Scrum team… but that is where Scrum creates confusion.

Many of us realize that we don’t measure the time spent on the individual tasks within the Development team. We work with fancy units such as feature points, or complexity points, or story points (when using User Stories). The unit, however, does not matter as long as you realize it’s not the time spent. It is a relative value obtained by comparing the effort and complexity or a chunk of work with that of the rest of the work to be done.

What many do not realize is that these points we use are NOT productivity metrics. In fact, they are there only to aid the Product Owner and the Development team in their work. Reporting to the management about the amount of points burned down in a Sprint, only serves as an effort to ensure transparency (with the management), which is characteristic of Scrum.

The main goal of a Scrum team is to increase the Return on Investment (ROI); the people who make this possible are the Scrum team’s developers. Pushing developers to the edge, by demanding a higher volume of output, leads to the following undesirable outcomes:

The job of a Scrum Master is to help the team become better by facilitating their work and removing anything that keeps the team from going at the pace they want to. I personally believe that people in the Scrum team and the Development team WANT to work at a cutting-edge pace while creating the best possible product. Interfering with this will sabotage their dynamics and will achieve the opposite of what you force them to do.

Focus on measuring ROI of the product and you will be happier.